Traditionally established at community foundations for individual and family giving to selected charities, donor advised funds (DAFs) are rising in popularity.  Tax changes that doubled the previous standard deduction through 2025 mean that DAFs are more tax beneficial to donors who bequeath a large lump sum in one year and then spread out their charitable DAF grants over the following years. Nationwide, DAFs have become as hot as Augusts in Mississippi!

Jerry Levens, CPA, and his wife Cindy, have partnered with GCCF for more than two decades, as advisors, volunteers and as donors. Jerry offered his perspective on the value of creating a legacy gift at GCCF. 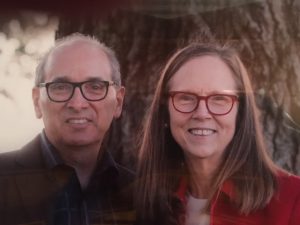 “Our association with GCCF began over 20 years ago in my role as a CPA with Alexander, Van Loon, Sloan, Levens & Favre, PLLC advising clients on the effectiveness of using a community foundation as a vehicle to execute on an individual’s charitable desires in the community.

In 2017 my wife and I decided to establish the Jerry and Cindy Levens Fund to provide annual support to various religious organizations, educational institutions and most importantly to organizations whose outreach and purpose is to provide assistance to those people dealing with a crisis situation like housing and food insecurities. GCCF is extremely convenient and easy to work with in pursuing our charitable causes and would highly recommend them to others for consideration.”